Johnny and his family have been farming at Willersley Court in Herefordshire for over a hundred years. He now farms with his son John, making it the 4th generation. 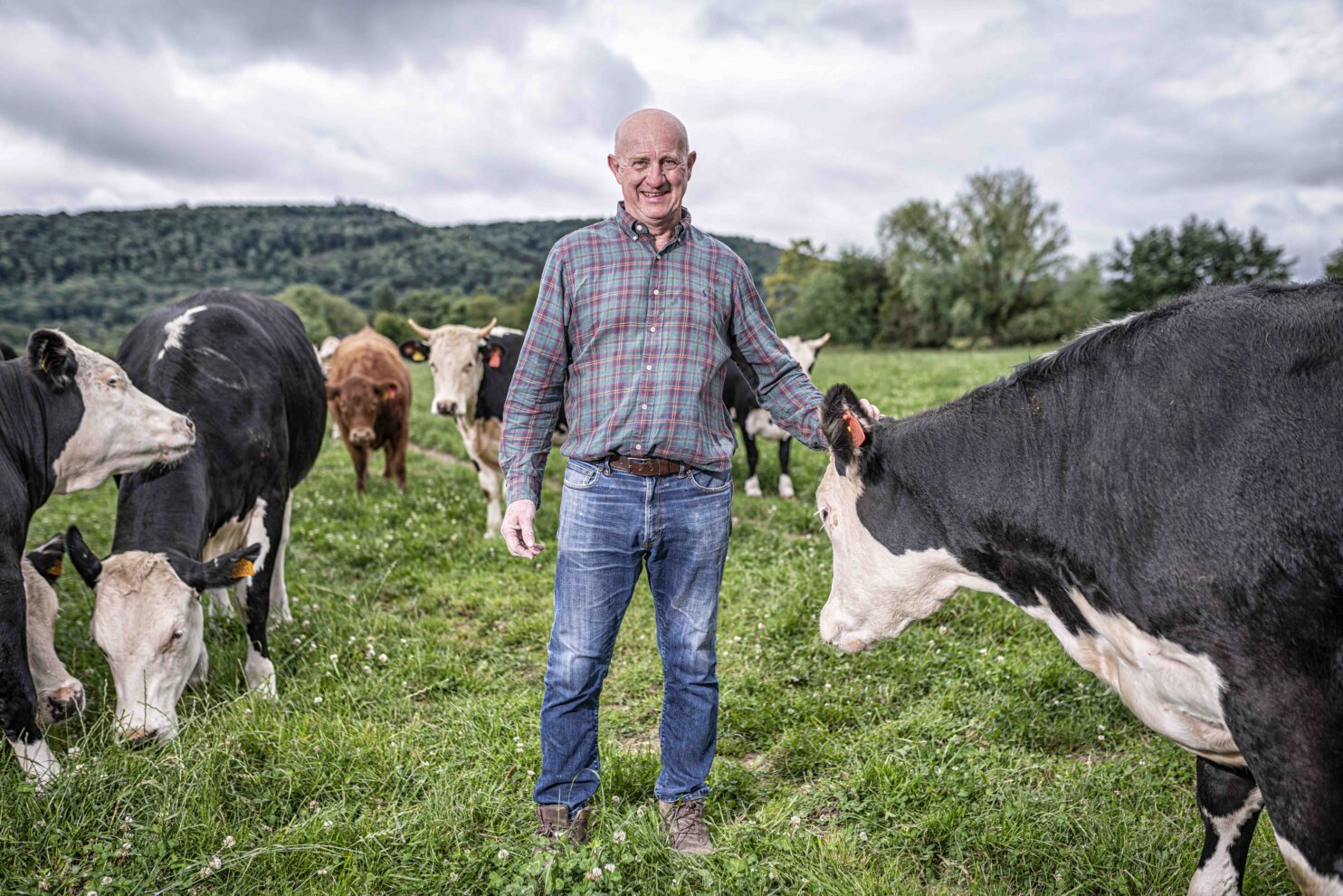 Johnny and his family have been farming at Willersley Court in Herefordshire for over a hundred years. He now farms with his son John, making it the 4th generation.

Through a lifetime of understanding, Johnny is able to work in harmony with the land and with nature. The result of this is nutrient-rich soil that yields great quality pastures that cattle and livestock graze upon and crops such as wheat, barley and potatoes grow.

It is from this soil that everything is grown at Willersley Court. The farm consists of permanent pastures which grow grass as well as other nature-friendly plants/herbs and arable such as wheat and barley.  Including grass as part of the rotation allows the land to recover and regenerate through grazing.

It is a model of sustainable farming. 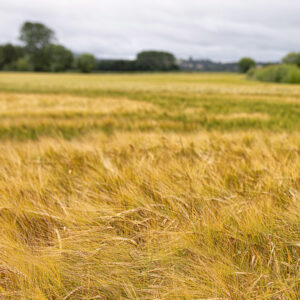 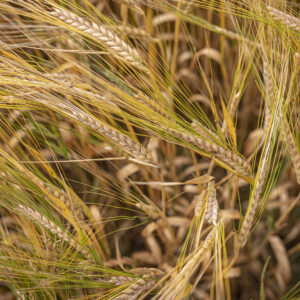 Johnny feeds his cattle on a diet of over 90% grass. The remaining feed is made up of rapemeal, and a small amount of wheat and barley. Rapemeal is a byproduct from making rapeseed oil, it’s high in protein and cannot be digested by humans.

During the warmer months, when the grass is growing, the cattle are outside at a low density, allowing the ground to replenish and keep growing grass for the cattle to graze.

During the cold and wet winter months, the cattle are brought in and bedded with straw, which is grown on the farm and a byproduct of barley and wheat. The feed given to the cattle when indoors is primarily silage and haylage. This is grass that has been allowed to grow and is then harvested and stored – in good growing years, Johnny can get up to five cuts off a given field. 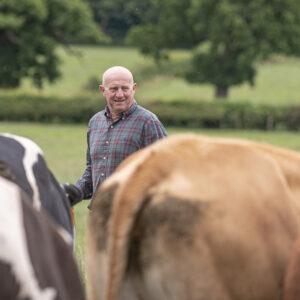 The farm is nearly entirely self-sufficient throughout the year.

These native breeds are ideally suited to grazing pastures and marginal land. They are also much quieter in nature, which makes looking after the animals that much easier, and makes for even better animal welfare.

Now let’s talk about muck. Muck is a byproduct continually produced by cattle, both when grazing, and when housed during winter months. When the sheds are cleaned the muck is stored. Muck is a high-grade fertiliser that gives heart back to the land in the form of potash, phosphate, nitrogen and organic matter and is also great for improving the texture, by increasing the fibre content and thus allowing for the trace elements and organic fertilisers to be taken in by the growing plant. This is also great for worms and developing and holding soil structure. This organic matter is also essential for holding water.

An increase of 1% of organic matter holds approximately 150,000 litres per hectare.

It really is the ultimate renewable fertiliser, essential for healthy soil.

It is also vital for nature in the form of organic matter, starting the food chain from micro-organisms through to insects and small mammals.

There is no need to use artificial fertiliser, and no pesticides are used on pasture land.

The biodiversity is so evident when fields are ploughed before planting arable crops. After cattle have grazed land has been fertilised, with lots of muck, birds follow the plough grubbing on small insects and worms – many hundreds of birds signifying just how rich the biodiversity is. The only other ingredient used to develop soil health is green water or rain. The heart within the soil is absolutely vital for growing plants, grazing animals and protecting our soils that feed our world.

It’s a real pleasure to witness Johnny’s passion for his farm and his cattle.

Why should you buy free-range chicken? Here are 3

Our Chepstow store is having a refit!⠀ From toda

Have you tried our pork loin steaks? These steaks

Over 90% of beef and sheep feed is grass, silage a

Join our list to receive exclusive special offers, seasonal discount codes and other ways to save money on our award winning products.